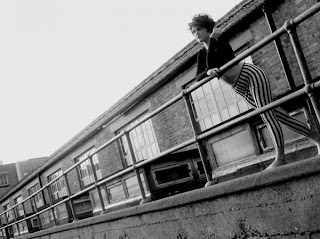 How about a bit of pop on a summers day? No is not an option.

Spark is young, shiny new and has an electronica-sweet, pop sound, so if it were December the Guardian would be quaking and announcing her as rising sensation for 2011. So let's get all hysterical and announce she might be one to watch for Autumn! Oooo. We're cutting the hyperbole ten-fold here at Pop Cultureddd.

This is a demo of her current single doing the rounds. Very nice to stick on your non-brand MP3 player and accompany any overly-warm public transport journey.

Email ThisBlogThis!Share to TwitterShare to FacebookShare to Pinterest
Labels: Spark

I like grime. In fact, I had to think very long and hard, and sensibly talk myself out of doing my Masters dissertation on grime. Such is my warm feelings and fascination for grime.

It might not be your cup o' tea. But I'm sick of not sharing it on here. Broaden your horizons, people! The world of grime is seriously addictive and makes Hollyoaks look boring!

It is all down to The Boyfriend. But I have a list of artists I'm currently into.

And when I saw that P Money had performed at Glastonbury I was thoroughly pleased.

Posted by Steph Mulrine at 4:35 pm No comments: 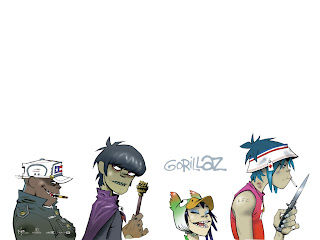 Okay, so the performance by Gorillaz last night was hit and miss. I didn't particularly enjoy the first 30-40 minutes. I was singing along, but it lacked that essential connection you need. The bass apparently was non-existent. As was Mos Def due to tragic personal circumstances. Which would I have been my personal highlight. I adore him.

But when they were whacking out the guest appearances toward the end it really got an awful lot better. I disliked Damon Albarn, a lot. I don't know why. He doesn't normally irritate me that much, but I suppose it has something to do with normally being around that dick Coxon.

Anyway, I digress. Gorillaz might have got panned by the Guardian. But I've never trusted that paper after they gave reference to Pop Cultureddd in a Blog Roll Call. Questionable fools. I thought for all the pressure that was on them to replace U2 and orchestrate all of those guests, it was pretty great.

But I sure am glad I didn't shell out £50 to go see them on tour in the autumn. The whole illusion being broken of the real-life band. The lack-lustre performance in many parts. The lack of co-ordination. I'd rather keep my money. But as a Gorillaz fan, I felt a pang of pride.

I've been singing this all day.

Some great things have happened. I seem to have had many celebratory drinks of late.

And when I heard this Fake Blood track recently, it was beyond fitting. Fake Blood has been around for a while and I've always had a few of his tracks floating around my (old, dead) computer. But this is different and definitely I like it!

I will be playing I Think I Like It tonight whilst popping open some Bucks Fizz. Classy lady! 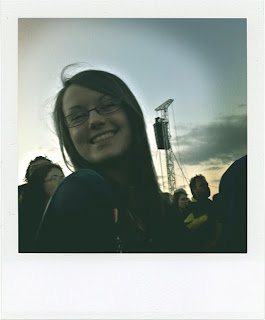 Pretending I don't hate everything

For those of you who don't know, I wrote my undergraduate dissertation on Radiohead and the release of the album In Rainbows. While some might believe that makes me a seasoned expert, it doesn't. It makes me bitter. Full of regret. Wishing I'd have thought better. I hated myself long before the end of the project. And hated Radiohead fans. And most of all, I hated Radiohead. In the delirium of it all I bought a t-shirt and mug to wear and use almost constantly during my all-nighters to get the burden complete. Once the monstrous beast had been defeated there was some reprieve. And then I had to go see them live again! Bastards! I'd bought the tickets an eternity before the project began and then about 3 weeks after my needlessly in-depth encounter I was due to see them live in Manchester.

The above picture was my posing in between mumbling expletives about Thom Yorke.

I did enjoy it. There is no doubt. However, it was unfortunately timed during my much needed Radiohead detox.

The news that their new album is nearly finished and will be released later this year has dragged up some odd feelings. Thanks 6 Music!

Readers, please don't let me study it this time!

Cut Copy are going to be back soon. Their 3rd album is on the way. Not a great deal of live dates, but give them time. It'll come soon enough. Just the news that they have finished making the album is good enough to have a cup of coffee and a biscuit to. Lean back in your chair and smile.

Here is a little short video of clips from the studio.

When bustling or moping through my house of late I always seem to collide with the tracks from the latest The Chemical Brothers album. And I have really enjoyed everything I heard. I didn't give it too much thought as to why this might be. But then I heard Steve Lamacq throwing questions at them. And for this album they have done away with the big celebrity vocal guest appearances. Aaah, in one fell swoop I realise why I have instantly warmed more to their new stuff.

In the spirit of this The Boyfriend and I were discussing our favourite tracks by The Chemical Brothers and I have selected one that we both are enjoying massively again at the moment.

And obviously is has the amazing Michel Gondry video. Gondry is awesome.

Star Guitar - The Chemical Brothers from Chen VM on Vimeo.