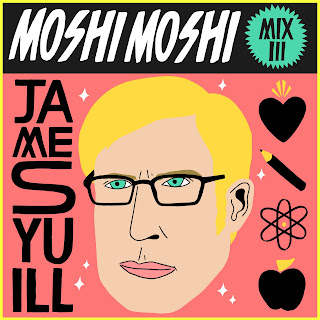 The ascent into a difficult week has been made all the easier by this brilliant (yet short) mix by James Yuill for Moshi Moshi.

I want to fall asleep in the ray of sunshine hitting the carpet behind me whilst enjoying this mix again. Alas, I am caught between the demanding poles of my life work and study.

If you click through to the SoundCloud page it is on you will find the tracklisting. Or just click here. 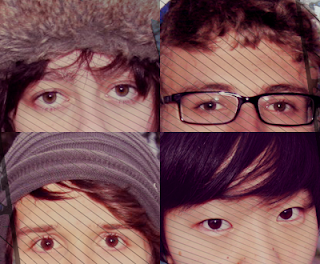 If you've already read about a million blogs waxing lyrical about this band then go do something more productive. Like 'fug' yourself!

BRAIDS are a band that are growing on me in an addictive kind of way. Like I crave listening.

Check their MySpace page (link above) for upcoming gigs. I'd like to chance they'll be pretty special live!

Email ThisBlogThis!Share to TwitterShare to FacebookShare to Pinterest
Labels: BRAIDS

I have never (that I can think of in this very moment) actively asked any of you to support a cause. But now I am. Please sign this petition to stop a young woman being separated from her family, having her bright prospects extinguished and help show your agreement that sending a fellow human being to a country where she will legitimately fear for her life is simply wrong.

An electro pop 80's icon has shown his support. So follow suit!

Name: Gary Numan on Mar 16, 2011
Comments: Does the press know about this? a fan sent it to me and i'm shocked, I will pass this on good luck x

I suppose I should try and formulate words that represent the emotional state I have found myself in with the recent announcement of Death From Above 1979 reformation. Elation. Terrifying joy. Ecstasy.

You have to have the full story.

I considered selling anything and everything to get to Coachella. Which is in America. And I don't do leaving the country. I'm not sure in the use of my passport. But I seriously considered it. But the fact it would have cost oh-so-very-much money stopped the far-fetched dream before it had begun. But at least they were back together. I had a serious conversation with The Boy in which I laid my intentions bare and told him if they came to the UK I would ensure categorically that we would be going.

And then! They only went and announced dates in bloody London! LONDON! Hyperventilation was inevitable. I calmed myself and spread the word.

Ticket sale day meant I was up and ready to get tickets. Which I did. I was lucky. As that stupid, idiotic, bastarding SeeTickets is a useless website and they tell lies. Within half an hour I had spent my months wages on tickets, travel and accommodation. I was poor. But poorer than normal. I had £34 to last me two and a half weeks and I spent £20 a week just on travel! But I have never been happier to be poor.

So that is it. I'm going to see Death From A-fucking-bove 1979. And it means that one of the bands I never got to see, have reunited and I will get to see. Just one biggy remains. Can you guess?

Posted by Steph Mulrine at 10:58 am No comments:

Email ThisBlogThis!Share to TwitterShare to FacebookShare to Pinterest
Labels: Death From Above 1979 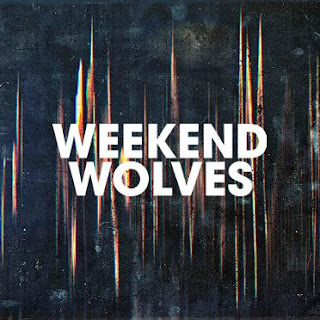 Emails asking me to check something out largely go unnoticed in my inbox. Busy bee, n'all that. But for some unexplained reason, it wasn't even procrastination, this caught my attention and I was glad I stopped and had a moment with Weekend Wolves.

There is little I know other than their German origin and they make incredibly dark, macabre and beat-compelling tracks. I hope to see them on the up-and-up.

More of this, please! 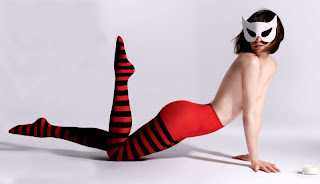 A brief moment of calm. Eye of the storm. I am all too aware. So I won't be winding down fully. It will all kick in again in a few days.

But just for now I'm going to use Yelle and her awesome new track as a bit of a soundtrack to me dancing around and not feeling (too) guilty about it.

And once I have played hard, I'll be back to working infinitely harder.

Fucking awesome track. You can download it for free too! Woo!